Imagine a dusty town huddling close to a creek with no roads, electricity, running water or traffic noise. A place where drinking water has to be brought by donkey, drained through a muslin cloth, and stored in large clay pots to keep it cool. Where the hazy glow of oil lamps were the only light source at night, and the non-amplified call of the muezzin a way of measuring time.

In the book Telling Tales – An Oral History of Dubai, Julia Wheeler has interviewed Emiratis who have been born in the early part of the twentieth century when Dubai was the small settlement described above, focused on the sea for survival. The stories allow a glimpse of history that simply cannot be imagined when visiting this modern metropolis. Before the advent of oil in the region, pearling, fishing, boat building and trade were the activities that held together a fragile economy in this harsh desert landscape. Life was hard for the inhabitants, but Sheikh Rashid bin Saeed Al Maktoum who ruled from 1958-1990 had the drive and ambition to envision a place where everyone could benefit from a thriving economy.

In her book Those Were the Days – Journals of Dubai, Shahnaz Pakravan collected the stories of foreigners who sensed something special during those early days in Dubai’s development, and made it their home. It was a time when a pioneering spirit engulfed the dry landscape, whilst sprouting dreams and ambitions that gave rise to the idea that ‘anything is possible’.

Alison Collins founder of the Majlis Gallery in the Bastakiya describes Dubai of thirty years ago as follows:

“It was noisy; the predominant sound of hammers rang through the air day and night. Construction had started . . . It was friendly; we all knew each other. It was wet in the winter . . . It was sandy, tarmac was erratic and vast areas of desert lay between the main areas of Bur Dubai, Satwa, Zabeel and Jumeirah, where flocks of goats survived on cardboard cartons, dogs hunted in packs and camels got bored and wandered into town. Whole communities lived either in barasti shelters on the outskirts of Satwa or in Cardboard City, an amazing settlement on the Sharjah-Dubai border created entirely out of waste cardboard and packing material. Complete with a street system, shops and a mosque . . . It was frustrating, electricity went off frequently, telephone connections were erratic, essential paperwork took an eternity; but above all it was exciting with a sense of constant discovery.”

The rhythmic sounds of construction still fill the daylight hours, and new projects constantly come to fruition. An example of such a new space is The Beach. Situated between The Walk at JBR (Jumeirah Beach Residences) and the beach, it consists of an esplanade linking four different plaza areas that will eventually be filled with shops and restaurants. Many restaurants are already open and have large terraces for outdoor dining. A big draw card is perhaps the outdoor cinema where you can kick back and smoke some shisha, while watching the latest offering. 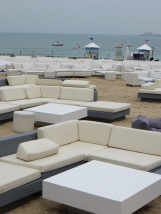 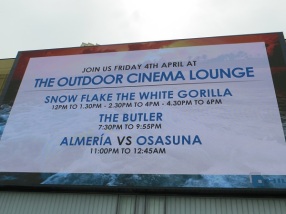 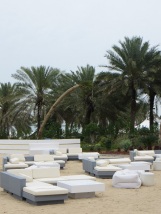 There are quirky sand sculptures on the beach, and it is a great place to swim, sunbathe, stroll, play, meet up with friends, or just people-watch. Beach wear range from skimpy bikinis to flowing black abayas, and everything in-between. 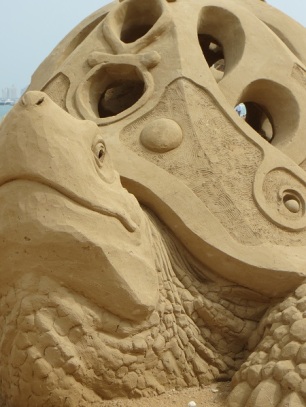 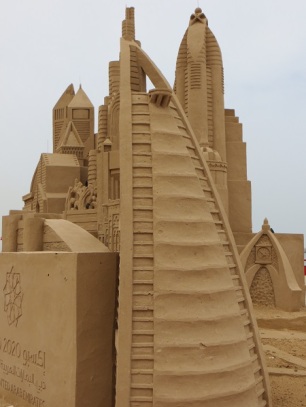 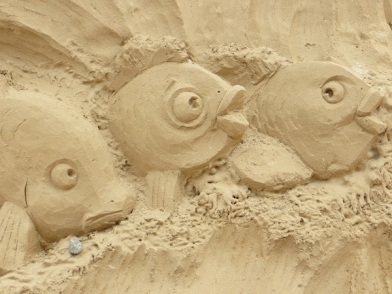 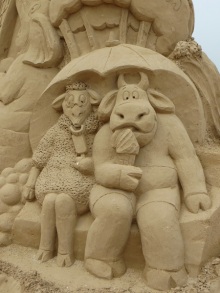 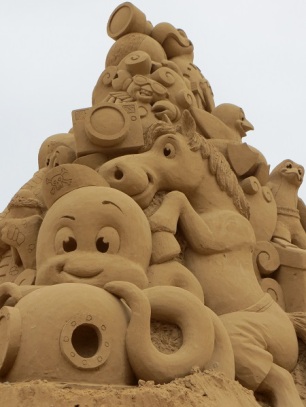 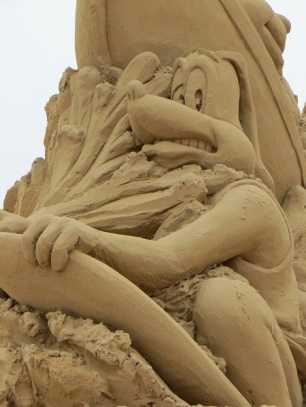 Dubai is a city in constant flux, and is aptly described by Dhruv Dhawan: “Dubai is a brand, constantly evolving until it becomes so powerful that it creates its own way of life and style and standard.” 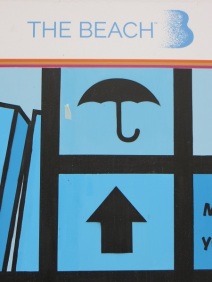 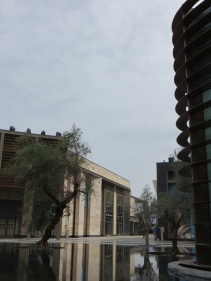 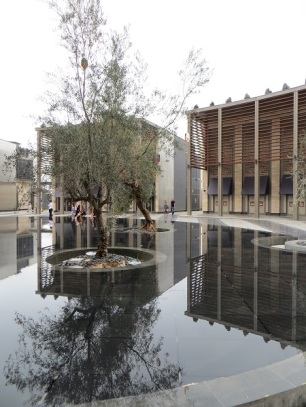 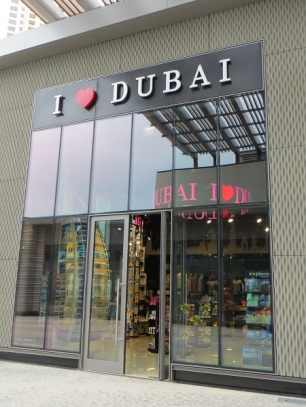 8 thoughts on “Dubai – From Small Town to Sprawling Metropolis”