“Arid lanscapes bring on big thoughts. A mental aerate of sorts. Life stripped out to reveal the world’s bones, the ancient geology of rock and sand highlighting the puny nature of our joy, our sorrow.”

“We can come back,” I mumbled under my breath, when Michael wanted to turn off towards a group of falconers training their falcons. “I want to be at the fossil dunes when the sun rises,” I added, just as the first rays of the sun spilled over the horizon. I swallowed my frustration, as I stared at the flat landscape. With only a close-up of an image in my head, and a set of co-ordinates punched into our GPS, I was uncertain as to what we were actually looking for. I’ve lived in the UAE for seven years, but only recently found out about the existence of these dunes frozen in time. I had to see them for myself, and so, like good explorers we got up early on a Saturday morning. But clearly not early enough, I thought to myself, as we arrived at our destination at the edge of a flat expanse of featureless sand, as the sun started its journey across the sky.

I looked at the small rocky outcrops in front of me with a sense of dismay, but grabbed my camera and stepped out into the chill of an early winter’s morning, not wanting Michael to notice my disappointment. He followed reluctantly, much more interested in one of the falcon training sessions taking place nearby. Throughout the years he has indulged my passionate love for what he calls “looking for rocks”, especially during those early months of living in Ras-al-Khaimah. It is an activity he finds at best boring, while I, on the other hand, feel like a modern-day Gertrude Bell. 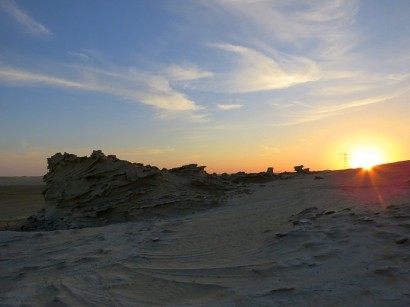 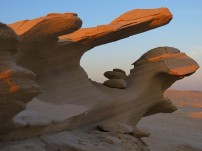 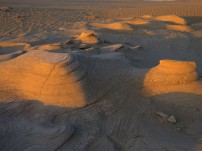 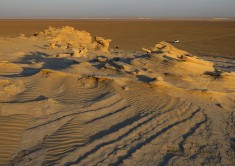 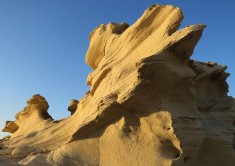 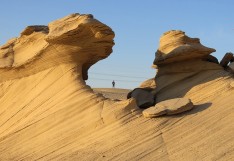 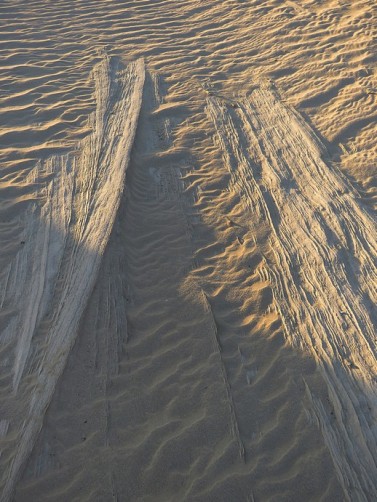 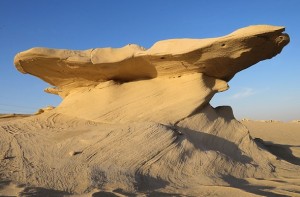 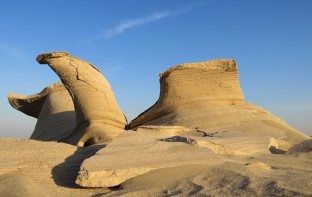 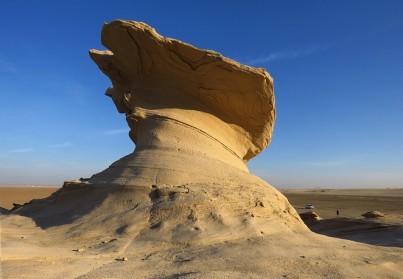 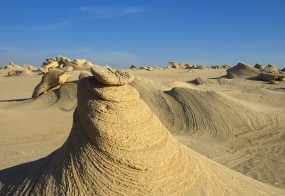 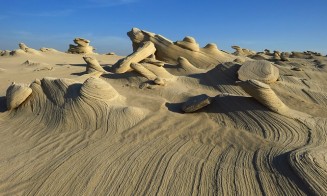 Sand dune formation is a complex interplay of elements, but in simple terms it can be said to be a combination of wind strength and direction, with a good supply of sediment. The land surface of the UAE consists mostly of sand desert with dunes that date from the most recent glacial period when sea levels fell globally. During that time the Arabian Gulf almost completely drained away, providing the much needed source material for dunes, while extra strong winds completed the final ingredient to facilitate dune formation.

Later, in a time when groundwater levels were higher than what they are today, and rainfall was more frequent, the calcium carbonate and other salts in the water hardened the sand in some areas. Weathered and shaped by the wind into imaginative forms, an example of these fossil dunes can be found on the outskirts of Abu Dhabi in an area where one would least expect to find them.

Past a sewerage plant, close to a military airbase, fringed by camel farms, and at the foot of a power line, these wonderful shapes can only fully be appreciated when one steps out of the car and wanders around on foot. They are much smaller than they appear on photographs, but don’t dismiss them on account of their size, as they are beautiful. If you want to be dazzled, and expect something akin to Utah’s petrified sand dunes, this is perhaps not for you.

It is a great spot for a picnic, but please make sure you leave nothing behind. 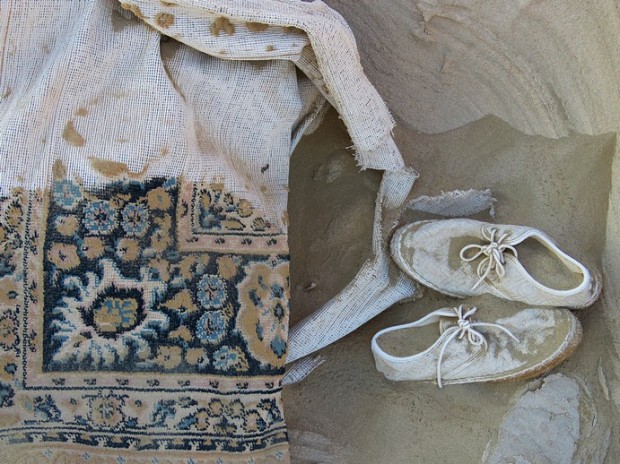 #  The World in a Grain: The Story of Sand and How It Transformed Civilization by Vince Beiser

#  Geotrekking in Southeastern Arabia: A Guide to Locations of World-Class Geology by Benjamin R Jordan 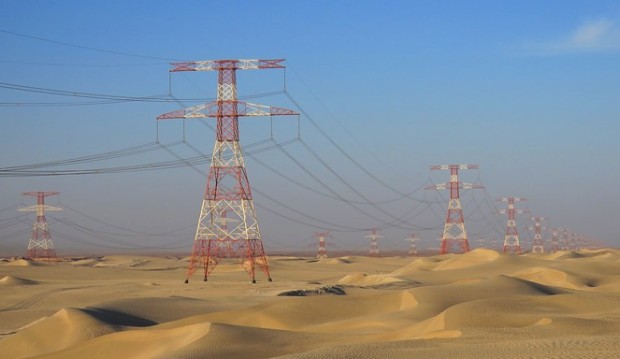